Our advisory services focus on helping you to take well thought financial decisions, improve your competitiveness and protect your interests in commercial conflict and fraud situations.

The collective wisdom about M&A shows that acquirers usually pay too much and process leaders tend to get obsessed with the deal and don’t walk away when they should. Bearing this in mind, we offer a suit of transaction support services focused on providing facts, information and advice which facilitate well-thought financial decisions. These services include:

Successful organisations recognise that an effective internal audit service can make a very positive contribution to the management of risk and the smooth operation of the business.

We can work with you to understand your business strategy and its associated business drivers, and how that strategy is delivered through an appropriate operational business plan and process framework. Your stakeholders will benefit from experienced independent professional evaluations and a review of the quality and effectiveness of the control environment within your organisation.

Where areas are identified for improvement, we can work with you to help you identify solutions and achieve your objectives.

Due to the shift in the drivers underlying competitiveness, it is clear that thinking about strategy as one-off annual event is not a valid framework for managing strategy. The pace of change now-days is so swift that strategy should be subject to on-line test of its relevance. To do so, organisations should have good competence both in formulating and executing strategy.

Devising successful strategy to a large extent is an art. Execution of strategy though should not be. With this believe we can help small and medium size organisations:

Business interruption may cause a business to suffer loss of profit. If related corporate disputes end up in the courts, we can help the defendant to challenge the damage calculations assessed by the plaintiff. If we represent the plaintiff, then we can help the latter to understand clearly the magnitude of commercial damage.

Many surveys have shown that crime against businesses is increasing and is therefore an issue that every organisation large or small should be addressing. The impact of business crime can include major financial loss, compliance and regulatory infringement and even criminal proceedings. To this end we can assist you with: 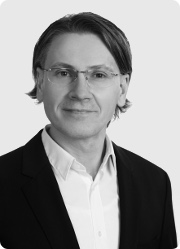